My life in a rural housing co-op – an occasional blog. Part one: animals

It was at the point of posting the second tweet above that I thought maybe I should be writing about my adventures. But before I explain these both, I ought to say where I am.

I’ve been living in Beech Hill in mid Devon since September 2015. It’s a rambling old manor house on 6 acres of land, with poly tunnels, a wind turbine, a swimming pool, Elizabethan walled gardens, a beech-lined camping paddock with compost toilets, a wood-fired gasification boiler, solar-heated water, chickens and, er, the occasional rattus norvegicus. The building and its grounds are owned in trust for the benefit of the co-op and can never be sold. Currently 11 adults live here with one adult child and three children, as well as five cats (two are mine) and one dog. All the co-op members meet once a week to make decisions by consensus. We generally eat together in the evening which means you cook once every week to two weeks and wash up around about the same amount. And yes, it really seems to work.

A lot of people ask me what it’s like to live here so I thought I’d write about it here and there and maybe you can build up a picture.

So where was I? ah yes, chickens. 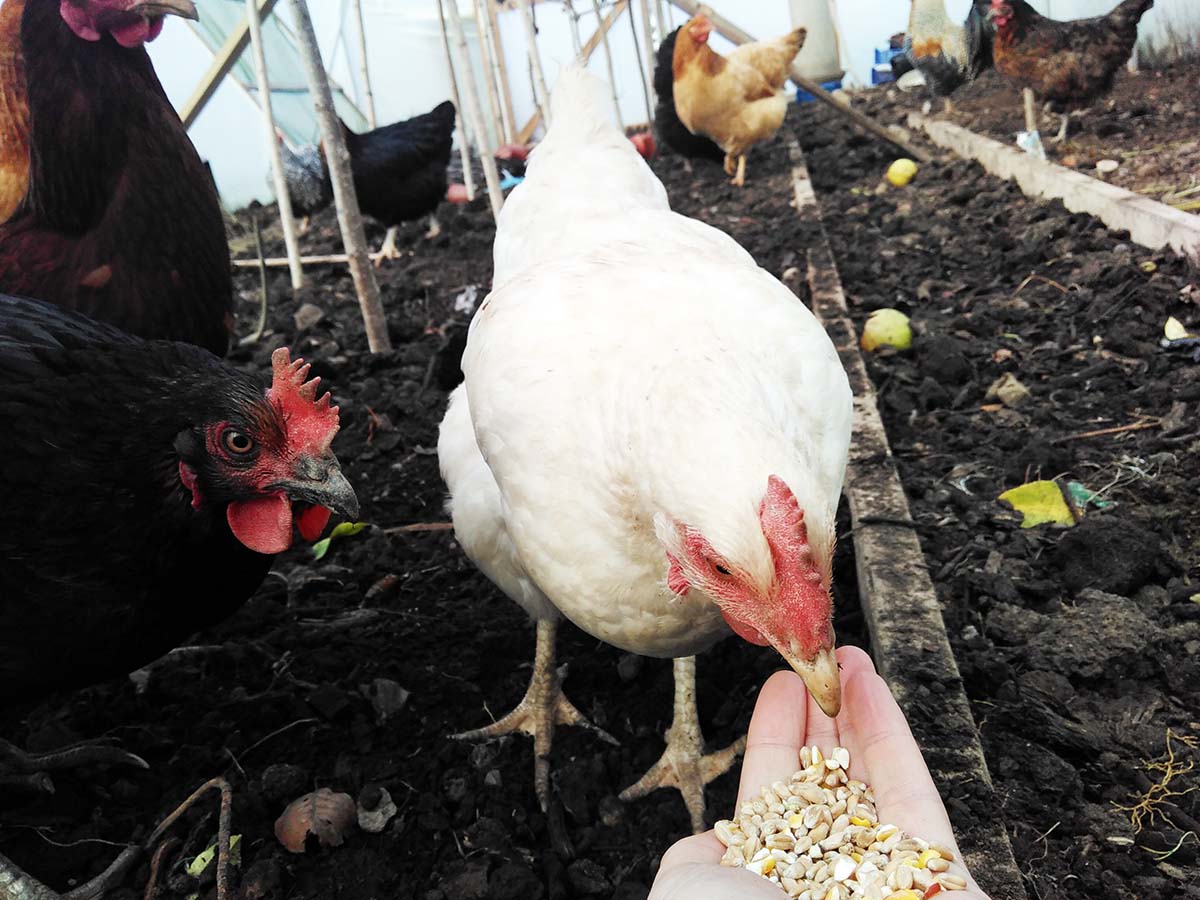 We have nine hens and a cockerel, apparently for eggs, (not the cockerel obviously) though we rarely get more than four eggs a day. Unlike in industrial-sized egg farms, including free range, we don’t kill our chooks when their productivity drops off, and some of them are rather elderly. They generally have the run of most of the grounds apart from when someone sees a fox on our land, when they are confined to a rather large run. There are three of us who take week-by-week turns to feed, muck out and collect eggs at dawn. I am vegan and don’t eat eggs but I bloody love chickens so I am one of the three that does this.

One morning, on opening the door to the chicken house, I saw that my favourite chicken (the white one eating out of my hand in the picture above) had been taken very ill. She couldn’t stand up and didn’t want to move and she seemed like she was in a lot of pain. I dropped everything, put her in a cat carrier and rushed her to the vets, assuming she was eggbound, meaning they get an egg stuck and cannot lay it and also cannot shit which is horrible and probably the worst way I can think of to die.

At the surgery the brave and dedicated vet inserted a begloved finger into the hen’s intimate area and felt around for a bit. She couldn’t really work out what was wrong, but then the hen did a loud squawk, an impressive amount of guano was evacuated, and the chicken perked up. I drove the bird back and she seemed fine.

Owing to there being incidences of bird flu, Defra, in their infinite wisdom, have made it a legal requirement that everyone who keeps fowl must now keep them under cover or face a £5000 fine. This is in no way to prevent insurance claims for dead birds by industrial chicken farms and has everything to do with animal welfare. We initially decided to cover one of our runs with black plastic left over from fixing the swimming pool but it was horrible and dark and when the wind blew the plastic the chickens were terrified of the flapping and the noise. So we decided to herd the chickens to a polytunnel and lock them in there, where they would be warm, dry, have lots of weed seeds and pest bugs to eat and where they would fertilise the soil. Brilliant!

But have you ever tried to herd chickens? These descendants of T. Rex, with brains the size of a marble, can outwit any damn homo sapien you like and that is a stone-cold fact. I think in total it took about an hour to manage to get all of them the 20 metres to the polytunnel.

Cleverly, this homo sapien didn’t lock the polytunnel properly and when a big snowstorm came in the door banged open. And all the chooks got out and homed themselves in the evening to their old house. Another community member went to check on them after our weekly co-op meeting and returned to say that the white chicken (my favourite) was looking ill.

Thus we come to the moment, approaching midnight, with freezing temperatures and the snow coming in sideways, when I trudged out to the hen house to find my lovely hen in a similar position as before. I picked her up and felt her belly and it was hot and swollen. I gave it a good massage, reluctant to stick my untrained and ungloved finger into her intimate area (cowardly, I know) and after a while a goodly amount of particularly rancid faeces was ejected. She perked up a bit, and the next morning she was bright and happy and ready to spend another hour outwitting humans on the way to the polytunnel. 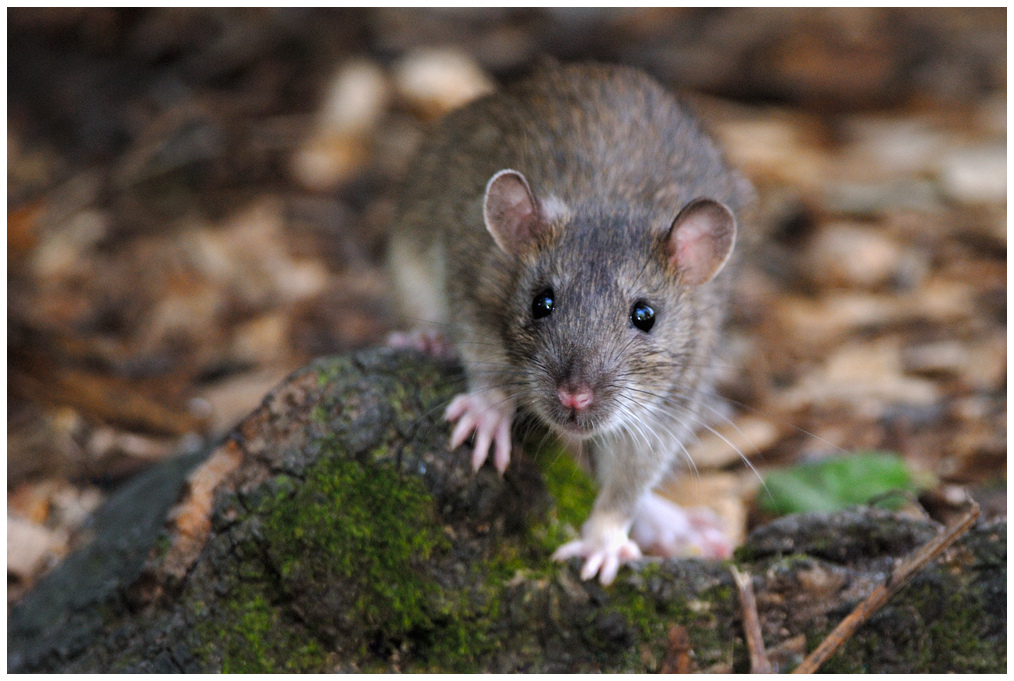 Rats are a reality of living in the country and that is another stone-cold fact. They’re not a problem in summer, but in winter find their way into the little nooks and crannies of this 16th Century (maybe) house and keep themselves nice and toastie with our central heating.

The previous thing to do was to call a man who would put a whole bunch of poison down and kill the rats. I was a) uncomfortable with killing them and b) of the opinion that if they had to be killed, the way to do it was not with poison, which ends up killing off our raptors. It’s a serious problem – so much so that the Barn Owl Trust has written a whole list of rat control methods in order of preference. (and yep, we are considering a jack russell!

I brought the whole rat-poison-is-poisoning-birds-of-prey issue up at a weekly meeting and we agreed that poison should be our last line of defence. I would order a live trap and be responsible for dealing with the critters.

When, inevitably, someone complained that they had a rat in their kitchen, I smeared the trap in compost and used gloves to set it (rats are smart-as and won’t trust things that smell of humans) and left it in a kitchen cupboard where it had been heard. On the second night we caught it (it had already tripped another death-trap that someone else had set and nicked the bait – I told you they were smart) and thus this morning I drove the terrified critter a few miles away to a deserted spot and released it into a hedgerow.

It might die anyway, being away from its territory, but at least it won’t poison an owl in doing so.

I think my community members think I’m a bit soft, but I don’t mind. I like rats – I lived with pet rats in college and tame they make the most wonderful, intelligent, affectionate pets. And I’d just rather not hurt things if I can possibly help it. I’ve set the trap again, because there’s rarely only one rat, and stuffed balled chicken wire into any holes in the building in the area that the little critters could use for a point of entry.

So those are some of the responsibilities of living in a housing co-op. And in between all this I do a bit of graphic design and illustration…