How I got my first design job

I first wrote this a couple of years ago and it’s been lingering on a blogger site. I’ve been asked a few times recently about how I got into the industry so thought I’d repost here for your reading pleasure.

Note: there’ll be a part 2 next week about how I successfully became a full-time freelancer 🙂

I’ve been contacted quite a lot recently by third-year students of graphic design. They know the industry is a difficult one to penetrate and want advice about the best way of securing a job. I can only describe the path that I followed and perhaps give a few pointers as to what potential employers might be looking for.

This will be a bit of a story – summarised points and extra advice at the end for those of you with attention deficit disorder.

After my A levels, I completed a year’s Art Foundation at the Glamorgan Centre for Art and Design Technology, where students explore all manner of creative avenues. It was here I first encountered Adobe Photoshop, and glimpsed its awesome potential. After the foundation year I didn’t really have a clue what to do, and so sulked off to Australia for a few months. It was there that my uncle put the idea of writing for a living into my head, so I came home, enrolled on a Journalism degree at Falmouth College of Arts, and promptly set about discovering how media interact with their audiences.

I would argue that a good journalism course might actually be better preparation than some of the insipid design degrees I’ve heard about.

This is a pretty important point. People are often surprised when I tell them that my degree is in journalism – it makes no difference, and I would argue that a good journalism course might actually be better preparation than some of the insipid design degrees I’ve heard about. It’s vital to understand how a company, individual, political party, newspaper, or whatever, presents itself to an audience; how a visual message is subconsciously communicated. Understanding these theories and practise in working with them is paramount. You can make the prettiest page layout in the world but if it appears irrelevant to your target audience then you, sir/madam, are a piss-poor designer. I’d have a basic read of Louis Althusser and his State Apparatus stuff if you like a bit of theory here. You may not like the way the Daily Mail looks, or Woman’s Own, or Nuts magazine for that matter, but there are cast iron reasons why they look that way.

This, I feel, is one of the areas where many design courses seem to fall down. Portfolios I’ve seen have the students designing to their own audience. They’re all surfy and urban and such like. I’d like to see a bit more work practising design for, say, mid-market hotels, cattle-feed merchants, old people’s homes.

And here is where reality bites: because, unless you are actually David Carson and luck out with full artistic control of a surf mag, in your first agency job you will be working for clients who are, let’s put it this way, unglamorous. Helmet manufacturers. Chemical suppliers. Local councils.

So anyway, I’ve skipped a bit and rambled and ranted, as is my wont. Towards the end of my degree (in which I’d done more Photoshop, got good at it, learned Quark and surprised the tutor with my layout ideas) I bought the Media Guardian every week and slavishly applied for every single job I could find that was vaguely related to journalism and wasn’t in London. I got one reply, from a small agency in Cambridge, and won the job of ‘communications assistant’. I did a bit of PR-writing stuff, a bit more Photoshop, a bit more Quark. My boss took me to printers so I could learn how the reprographic process works (this is something else design students NEED TO KNOW, and about which they are usually clueless), and how to design in the most cost-effective manner. Our clients gave us more and more design work, and I gradually got better at it. I learned how to deal with clients (years of shitty jobs in the customer service industry helped, too: if you want to learn to pacify an irate and possibly dangerous boor then for heaven’s sake be a barmaid for a while); how to pitch, how to justify design decisions. My boss gave me business cards with ‘graphic designer’ writ large upon them (oh that sweet sweet moment!). We took on a talented junior whom I supervised, sort of. And then, after three years, my partner got a job in Gloucester, so we moved to Cheltenham and I went freelance.

That’s it. It’s as unpredictable and convoluted as that. Here’s the advice I’d pass on from my journey:

Hello. I made some doodles. Thinking of developing their style into a new way of illustrating. I especially like the owl and the leaf. 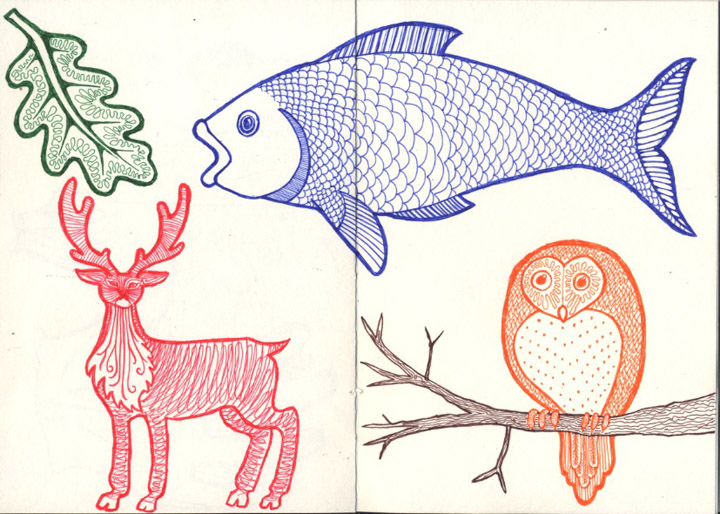 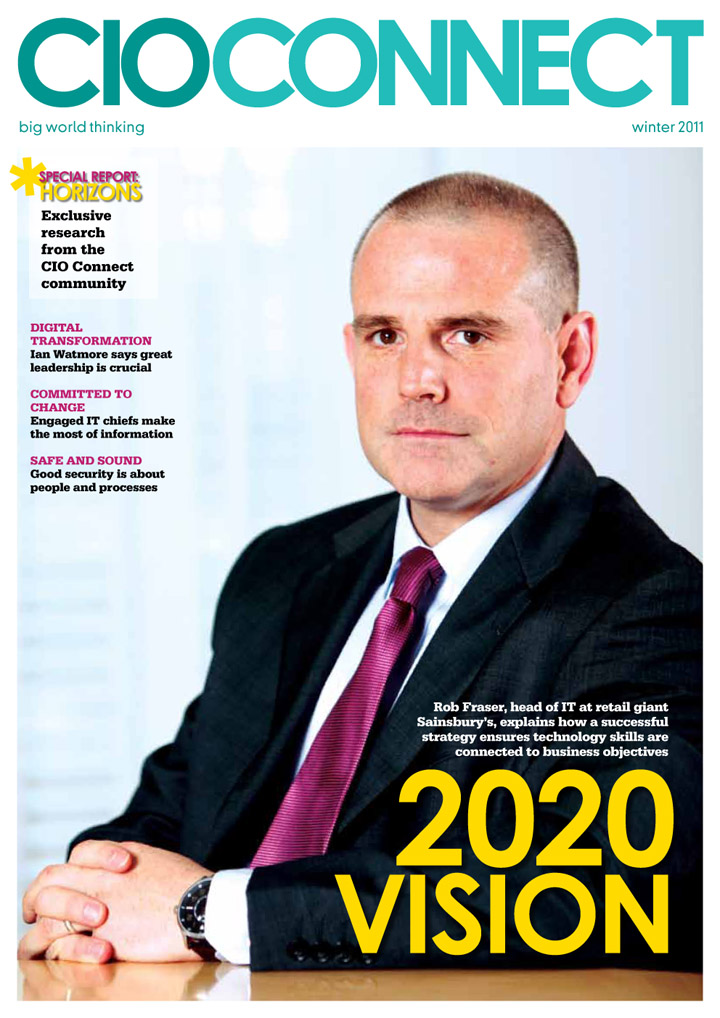 Here’s a quick look at the Winter issue of  CIO Connect. It’s a quarterly magazine for Chief Information Officers (top IT bods to you and me).

Normally the cover feature photos are taken by the talented Mr Martin Burton. Unfortunately this issue the interviewee didn’t have time for a photoshoot so we had to use supplied PR shots which, although passable, were not nearly as beautiful as Martin’s work. 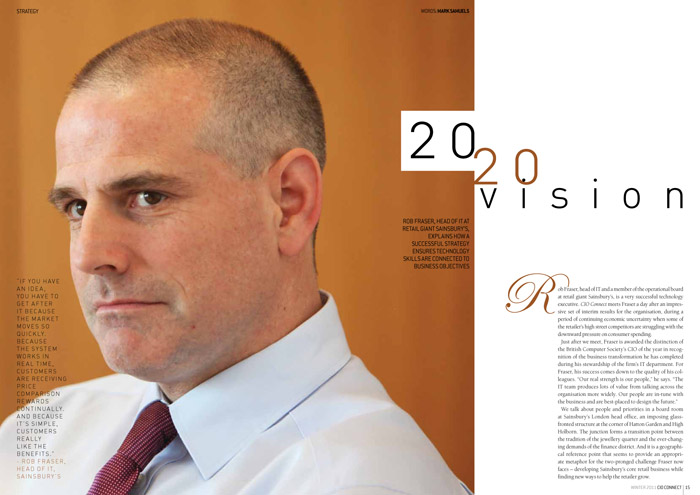 Usually we have a couple of features on the same subject that warrant being linked by a design device while still appearing to be part of the magazine as a whole. The background texture, use of road-sign symbols and similar layouts mark the features below as separate from the others, but the fonts, layout grid and page furniture are the same throughout the magazine. 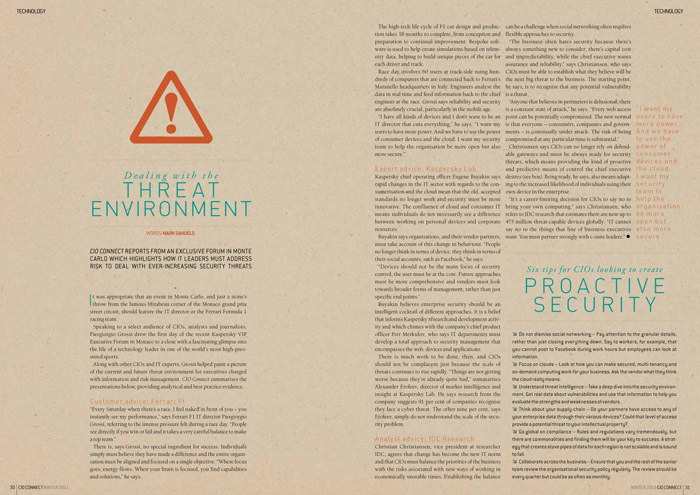 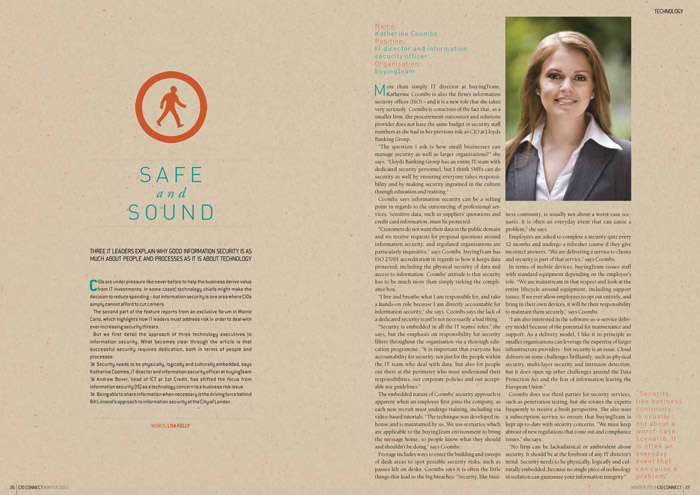 I learn something new from every project I work on and, though I’ve designed CIO Connect magazine for eight years, I’m still trying to up my game & improve on the previous issue. It’s one of the most satisfying parts of the job and I really enjoy it. 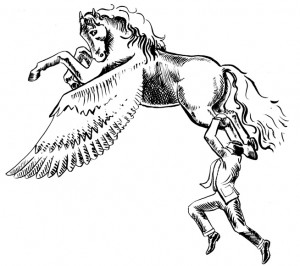 Achieving the perfect website copy can be like catching a mythical beast. Editing copy can be like being perched under a horse's arse. I did this illustration recently and I'm going to shoehorn it in this post, dammit, no matter how awkward it looks

(or, the difficulties of editing copy)

You know the bloated corpses they sometimes find floating in rivers? Well, that’s how I felt about the writing on my website. Disgusting to look at, unwieldy, past its sell-by date. I’d composed it in a fit of verbosity some time ago and knew it needed editing, but every time I thought about dealing with it my stomach turned and my gag reflex kicked in.

It started to haunt me, like in a B-movie (only one about website copy). I’d be washing the dishes and its putrid face would float up at me through the suds. I’d discover its festering limbs emerging from old boxes in the attic. In short, it became my nemesis. So, the other night, in a fit of spring-cleaning fury, I hacked at it until I could see its bones. There’s still flab to slash, but I feel I’m closer to the essence.

It’s easy to see when your writing has become a little monstrous, yet, as every Dr Frankenstein knows, it’s much more difficult to tame the beast than it is to create it in the first place. Where to start?

What you should be talking about

There’s a balance to be struck between describing in dirge-like detail and painting with too broad a brush. “WIN AT SUCCESS”-type books will tell you to SELL THE BENEFITS of your product or service, so in theory I should be rabbiting on about clearer communication, engaged audiences, and little else.

However, in my experience, there is a mist of mystery surrounding what exactly us designers actually do, and, as I like to think of myself as a friendly, helpful soul, I consider it appropriate to explain the process a little, if only to illustrate my friendly helpfulness. There are a bazillion designers out there, and people tell me that they work with me because they like working with me, so by showing my friendly helpfulness I sort of am selling the benefits of my service. Perhaps you might consider getting your personality to come across a little more in your copy. After all, people like to deal with other people rather than faceless corporations.

There’s a dilemma, though: my line of work is visual communication. It could reflect badly if I have to use a lot of words to describe stuff, rather than fancy graphics and that. So, for me it’s important to keep everything as close to the bone as possible without losing my friendly tone. I suspect the same is true of you, because you don’t want to be waffling on. You want people to think you’re efficient and things like that.

So, without further waffling on, here are four rules I’ve been using when re-writing my site:

The challenge, I find, is to give your audience enough of the right kind of information without boring the shit out of them. It pays to snoop around at competitors’ sites sometimes, though I rarely bother as basically I’m trying to sell myself, so what other people are talking about is frankly irrelevant. I continue to struggle with my testimonials page – I’ve cut swathes away but I want to maintain context as I don’t think a simple sentence like “Caroline isn’t a total arse” is really enough. My clients have taken the time to write some really lovely stuff about me and I want to honour that, but also I don’t want people who read the whole page to be vomiting all over their keyboards. So, there’s more to come. Or, rather, less. When I catch the mythical beast of perfect copy I’ll be sure to let you know.

Hello! After designing a site for his friend and fellow comedian Wes Packer, Ted Shiress asked me to come up with one for him, too. He wanted it to be all dark (like his comedy), so I designed this, and he approved the first concept I showed him. Hooray!